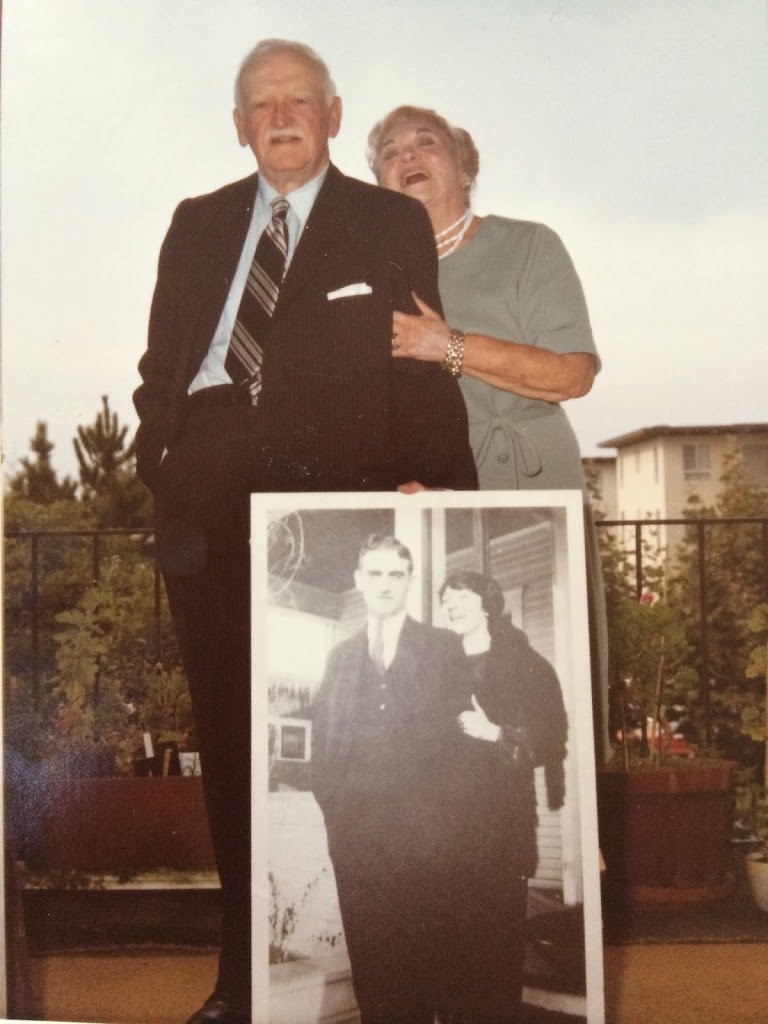 Linda Huesca TullyApril 16, 2016August 21, 2018Leave a comment on Friday’s Faces from the Past: Pictures of a Golden DayHuesca McCormick McGinnis Olson

One balmy Sunday afternoon in October of 1971 on the San Francisco Peninsula, some 2,149 miles and 18,262 sunrises from where they first pledged their love for each other as husband and wife, Phil and Benita McCormick strode confidently into church, arms linked and faces beaming, ready to begin their second half century together.
Some 30 relatives and friends gathered at Saint Catherine of Siena Catholic Church in Burlingame, California, to witness the McCormicks renew their wedding vows.
Among those in attendance were Phil and Benita’s daughter Jane with her husband Eldon “Ole” Olson and their daughter Suzanne; their son Phillip “Bud,” who flew out from Chicago with childhood buddy and family friend Jack O’Brien; Phil’s cousin Maurice McCormick, his wife, Dorothy (Sillers) McCormick and their sons, Maurice “Mickey” and Kieran; and my parents, sisters, and me. Kieran and Mickey McCormick, both Catholic priests of the Archdiocese of San Francisco, concelebrated the Golden Jubilee Mass.
An early dinner reception followed at The Castaways, a Polynesian themed restaurant on Coyote Point at the edge of the San Francisco Bay.

The evening was filled with story-telling, song, good-humored jokes, plenty of Irish blarney, and “more laughter than you could shake a stick at,” to quote a saying of the day.

The restaurant has since closed, but fond memories remain of a close-knit family and the beloved couple who enriched not only their lives but the lives of so many others through their charismatic and vibrant ways.

Author’s Note:  All the photographs on this page courtesy of my cousin, Suzanne (Olson) Wieland.  They are reprinted here with loving gratitude.  LHT