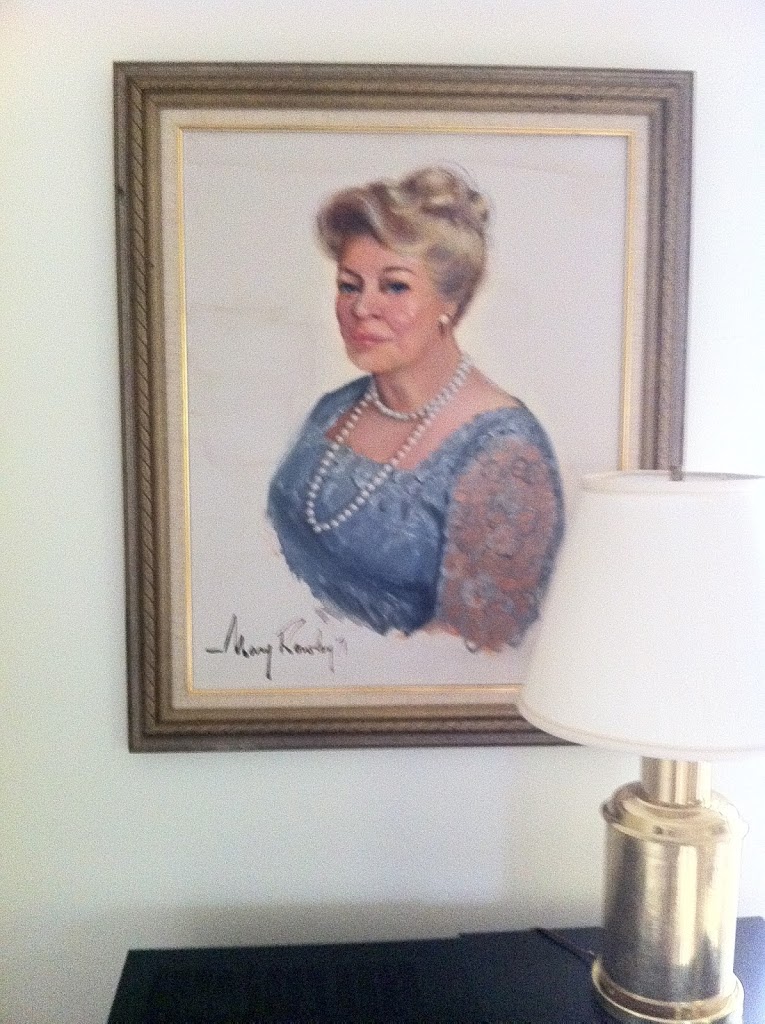 When I was a freshman in college in 1974, my Great-Aunt Detty heard I was looking for a summer job and thought she could help.  She wrote to me to share a lead and some encouragement.

I told Janie tonight that you’re having difficulty finding a job. She wants you to know that Sears is really looking for salespeople who will work during summer and take a part time job during school year.  The pay to start is $2.30 per hour. She says you must say you’ll work P.T. while in college. Of course if you can’t really fulfill your promise you still have had a summer job and the work experience you need. She also said the catalogue dept. (that’s where she works) is very pleasant, too. Same pay to start. . .

In the same letter, she fondly remembered my first cousin, Paul Schiavon, who had recently visited her while stationed in California with the United States Navy:

O yes, tell Paul I wrote a very praiseworthy note about him to his Mom and Dad last night.  Thought they’d like to know how much we all love him.    Love to the Huescas –

Aunt Detty and Unk Pill*
As luck had it, I found a part time job shortly after that, though not at Sears. What I really wanted, though, was to work for the airlines, where I could practice the foreign languages I spoke and have the opportunity to see the world like my aunt and uncle had.  Nearly a year later, my dream came true when American Airlines hired me as a temporary reservations agent in downtown San Francisco.

Aunt Detty, now in her eighties, was ecstatic that I was working for a major airline, but she worried that my temporary status and zero seniority made me more likely to be laid off.  In her proactive  and creative way, she made up her mind to help my chances of staying on by writing a couple of glowing letters of commendation to the company on my behalf.  Working for a company that valued customer service, I cannot help but think her letters might have helped save my job during that uncertain time.

One morning as I arrived at work, my supervisor handed me an inter-office envelope.  Inside were two letters, the first from the department chief.
Congratulations, Linda!  I think you should be very proud of this letter.  Mrs. Cormick (sic) wrote to express her appreciation and to commend you for the excellent service you have given her brother-in-law. I also wish to add my thanks for a job obviously well done.                                                                   Carolyn David
Manager, Reservations
Behind the manager’s commendation was a photocopied letter in familiar handwriting.  It was impressive, though a bit over the top.
January 29, 1976 Miss Carolyn David, Res. Mgr: Dear Miss David, It is a pleasure to be able to write you this letter about one of your employees.

The other day I learned of the great comfort and consideration given a relative of mine (who speaks little English) by Miss Linda Huesca.  Not only did she speak Spanish fluently, but apparently she went out of her way to make my brother-in-law feel safely headed on his way home.  I believe she even met him at the airport and put him on the plane.  We all appreciate this so much, as the family were not able to be with him that day, and he is elderly.

Will you please thank Miss Huesca for us?  She must be a great asset to your organization.

P.S.  Our brother tells us that in addition to being so helpful the young lady is very attractive.

It was all I could do to keep a straight face in front of my supervisor. Deep down I was grateful my aunt loved me enough to write such a nice, though exaggerated, letter. When the layoffs eventually came, I was spared, and I worked for American for several years afterward.  “Well, maybe you didn’t need them,” she said one night when the letters came up in conversation, “but they didn’t hurt, did they?”


On Wednesday nights I would drive up to San Mateo to visit my aunt and uncle, and before I got there I would stop at a drugstore next to the apartment complex to pick up some flowers and the usual treats – a bottle of Mateus Rosé and a pink tin of peanut brittle. They were all I could afford on my part time salary, but you would have thought I was bringing champagne and caviar. Uncle Phil loved the peanut brittle, and Aunt Detty would have three wine glasses ready, and we would spend the evening talking and laughing until it was time to go home.
One winter evening as I was paying for my gifts, a powerful storm knocked out the power in the neighborhood.  I had to wait for someone to let me into the apartment building because the doorbell and electronic buzzer did not work.
Uncle Phil had gone to bed early, but Aunt Detty was reclining in her chair as she waited for me, her eyes bright and face aglow in the candlelit living room.  She looked like a young girl ready for adventure.  As we could not cook dinner that night, we ate peanut butter and celery for dinner and washed it down with my cheap red wine.  As the hours passed and our stories grew more outlandish, that wine tasted better with every sip.
She loaned me one of her nightgowns, and we curled up on the couch under a warm blanket.  Our candlelit shadows danced on the ceiling as the rain pounded the windows and the lightning crackled in the distance. Aunt Detty’s daughter Jane called from nearby San Carlos to make sure we were all right.  She sounded relieved, if not a bit wistful, when we reassured her gaily that all was well.
Eventually the electricity was restored.  We watched out the window as the apartments in the surrounding buildings came alive with white light.  Giggling like children, we turned the lamps off around us and kept the candles going.  We did not want the magic to end.
* Our nickname for Uncle Phil McCormick.
************