We wrap up our postcard series by visiting one of the loveliest stopovers Phil and Benita made during their 1937 vacation, the famed floating Gardens of Xochimilco, in the southern region of the Federal District (Distrito Federal), about 40 minutes from downtown Mexico City.
Derived from the Náhuatl words xochitl and milli, Xochimilco means “field of flowers.”  Over eleven hundred years ago, the city was built on a lake by the Xochimilca tribe as a system of man-made islands, called chinampas, and canals for farming and navigation purposes.  It later was expanded as a waterway to the ancient Tenochtitlán, another city on a lake which would one day become the center of Mexico City. 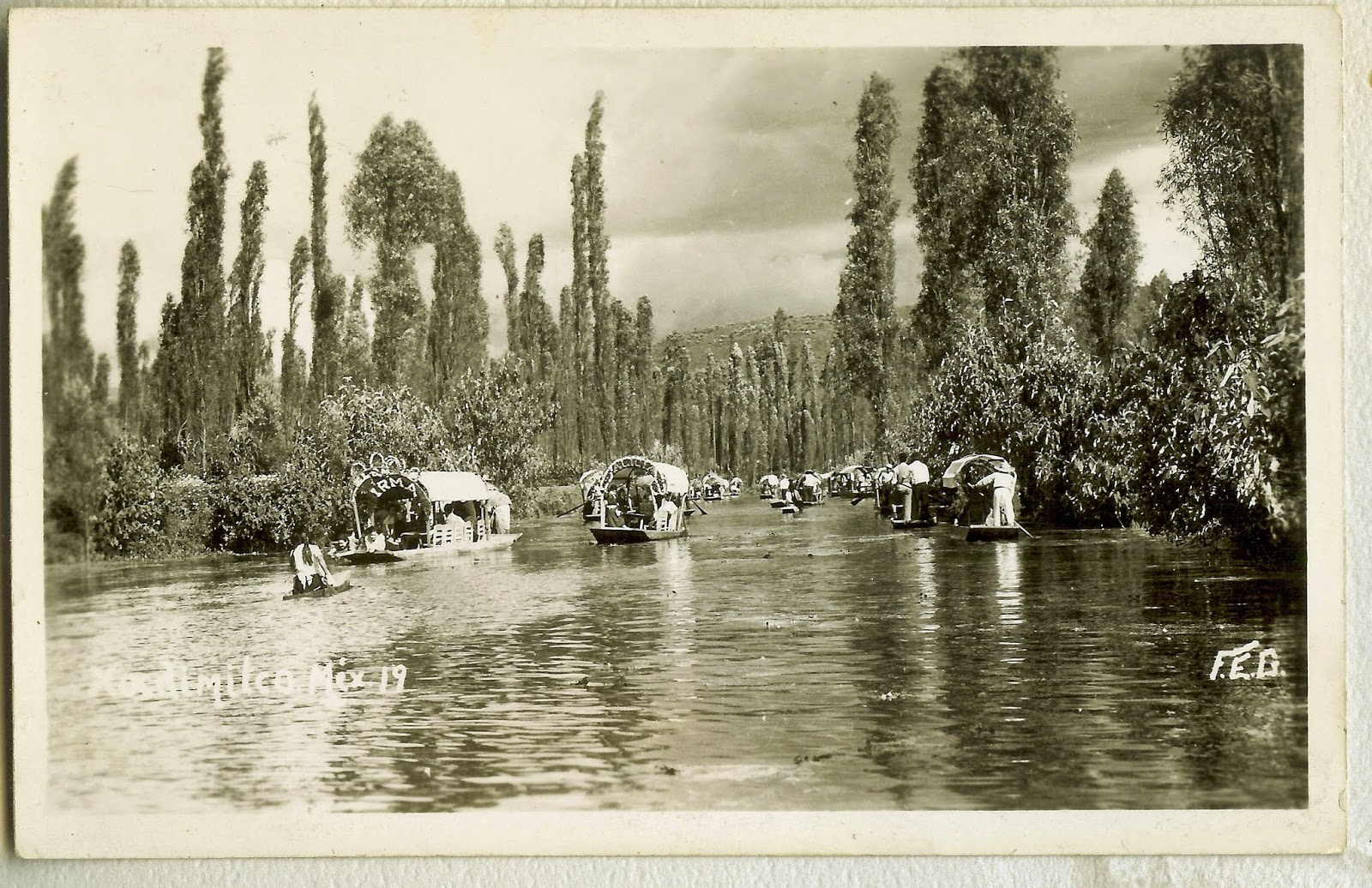 Back in the 1930s, as today, colorful trajineras, open air wooden gondola-like boats covered with elaborately decorated arches, glided lazily through some 110 miles of canals, offering tourists and Mexican families on weekend outings a chance to convivir, or enjoy one another’s company.


Phil and Benita and their friends, John and Mary Coates, probably spent an idyllic afternoon here. Always living in the moment, they would have laughed and told stories, feasting on a picnic lunch and reclining on the long wooden benches of their trajinera. As the hours passed, they would have bought flowers and souvenirs and enjoyed the music coming from passing canoe-like chalupas.  Maybe Phil and John would have even hired a group of mariachis to serenade their wives with a love song such as Agustín Lara’s “Veracruz,” and the two couples might have found themselves dancing in that carefree way that travelers do when the boundaries of time and language and space melt away into a languid infinity.

To read the other installments in this series, please click on the links below:

Part One: Postcards from Mexico

Part Three:  The Artistry of Taxco

2 Thoughts to “Those Places Thursday: Postcards from Mexico, Part 5: The Floating Gardens of Xochimilco”